Thermal conductivity of liquid iron alloys at conditions of the Earth's core is critical for the thermal evolution and energy budget of Earth's core and the planet as a whole. At the same time, electrical conductivity is an important parameter in the equations of magnetic field generation in the outer core of the planet. However, these transport properties, remain inaccessible to experimental measurement, and estimates have to date relied on a number of simplistic scaling relations and considerable extrapolation.

Using quantum mechanical atomistic simulations, researchers at Bayerisches Geoinstitut were recently able to obtain reliable values of both these transport properties at the relevant conditions. They have shown that electrical and thermal conductivity are both approximately three times larger than values used conventionally. This has particularly important consequences for the thermal structure and evolution of the core, with (a) heat flow from the core to the mantle at the same level or even exceeding currently accepted values of total heat flow from the Earth and (b) the inner core probably much younger than previously estimated. 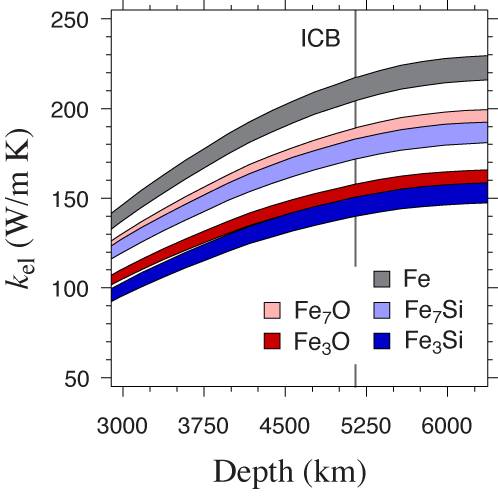