Stability of iron-bearing carbonates in the deep Earth’s interior

A new study led by members of Bayerisches Geoinstitut reports in Nature Communications that iron carbonate forms new structures that make it stable at pressures and temperatures of the deep mantle. The Earth’s carbon cycle takes place not only on the surface, but also in the deep Earth where up to 90% of Earth’s carbon may be stored. Carbonates are abundant on the Earth’s surface and tiny pieces have been found as inclusions in diamonds from the deep Earth, but what happens in between is a mystery. The group studied what happens to iron carbonate at high pressures and temperatures using a laser-heated diamond anvil cell and synchrotron techniques at the European Synchrotron Radiation Facility in Grenoble, France. They found that iron carbonate forms new crystal structures at conditions in the middle part of the lower mantle. Carbon and oxygen form a tetrahedral arrangement in these structures, the same as silicon and oxygen in common minerals, and iron becomes more oxidised. This work demonstrates that these new structures can carry carbon into the deep part of the Earth through oxidation-reduction reactions that can influence the cycling of volatiles including carbon and oxygen. 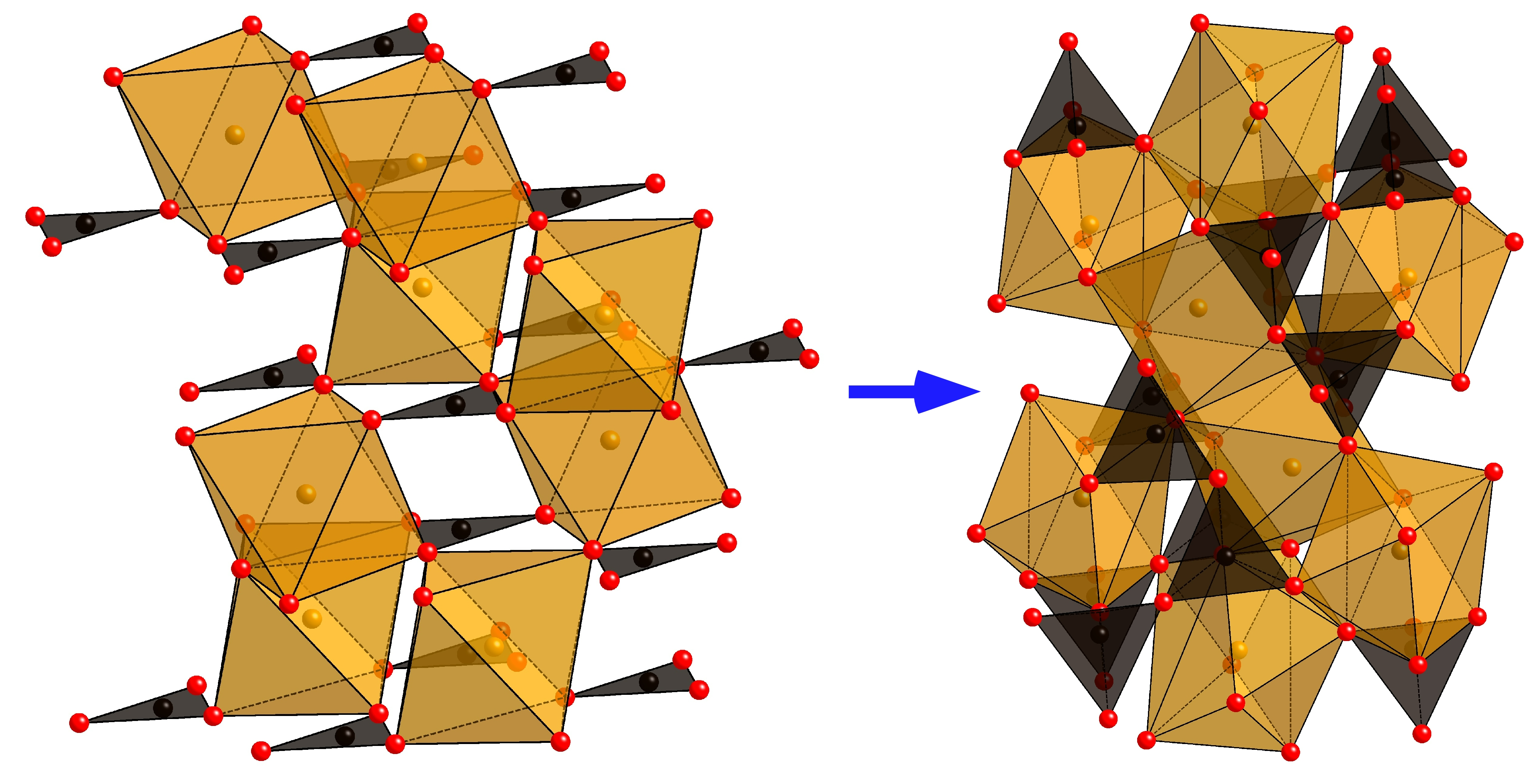