New results show that ferrous iron in a deep magma ocean will disproportionate to ferric iron plus metallic iron at high pressures. The redox state of the mantle became more oxidising at some stage after Earth’s core started to form, but up to now there has been no clear indication of how this occurred. These new results imply that the separation of metallic iron to the core would have raised the oxidation state of the upper mantle, changing the chemistry of volatiles that formed the atmosphere to more oxidised species. Additionally, the resulting gradient in redox state of the magma ocean allowed dissolved carbon dioxide from the atmosphere to precipitate as diamond at depth. This explains Earth’s carbon-rich interior and suggests that redox evolution during accretion was an important variable in determining the composition of the terrestrial atmosphere. 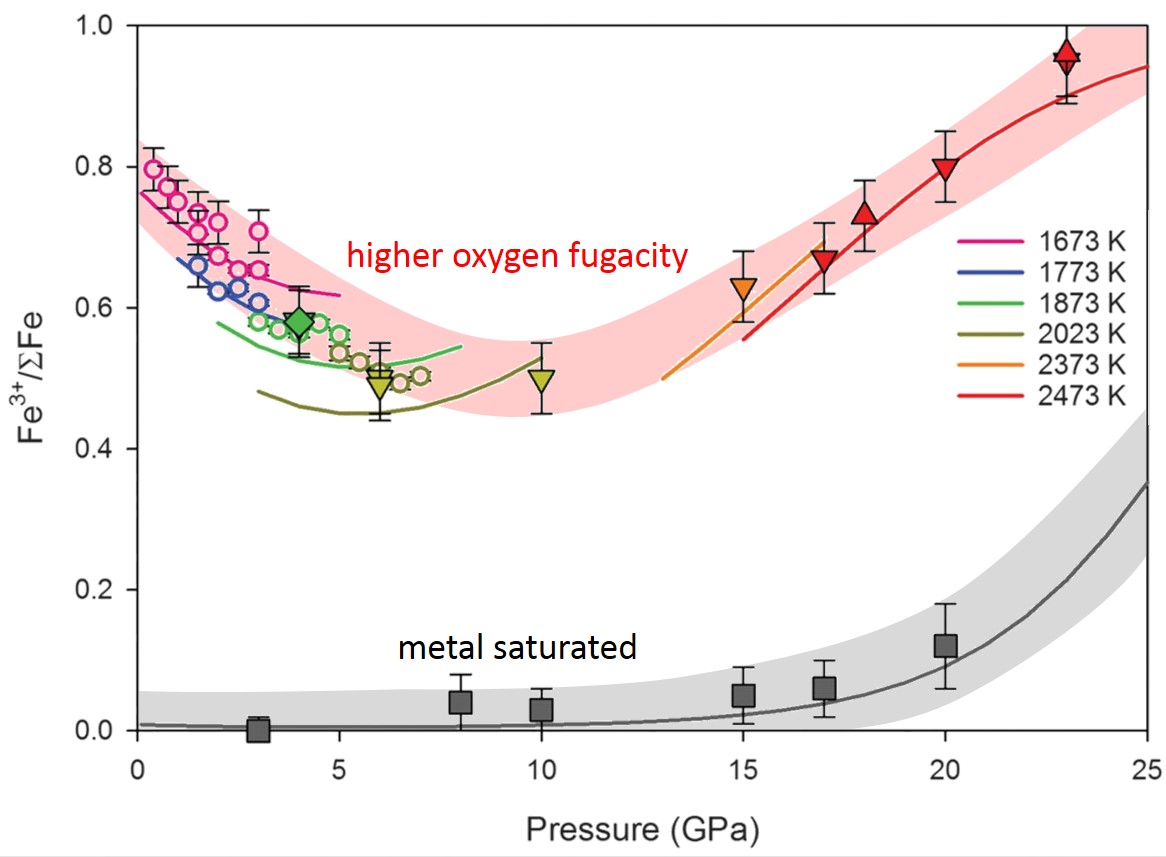