Water partitioning experiments between olivine and hydrous phase A, a major dense hydrous magnesium silicate, were performed with a multi-anvil press at BGI under water-undersaturated conditions. Our results show that water strongly partitions into the hydrous phase, such that olivine coexisting with hydrous phase A contains less than 1 ppm water and is therefore kinetically dry.

Our experiments thus solved the paradox: Dry olivine experiences delayed transformation even in hydrated slabs and can cause deep-focus earthquakes. Furthermore, this result suggests that dehydration of hydrous minerals, which is usually considered for the origin of intermediate-deep earthquakes, may also cause deep-focus earthquakes. Our finding also suggests that dehydration of hydrous silicates can cause slab deformation and stagnation in the deep mantle due to the rapid phase transformation of olivine and hydrolytic weakening of olivine and its high-pressure polymorphs. 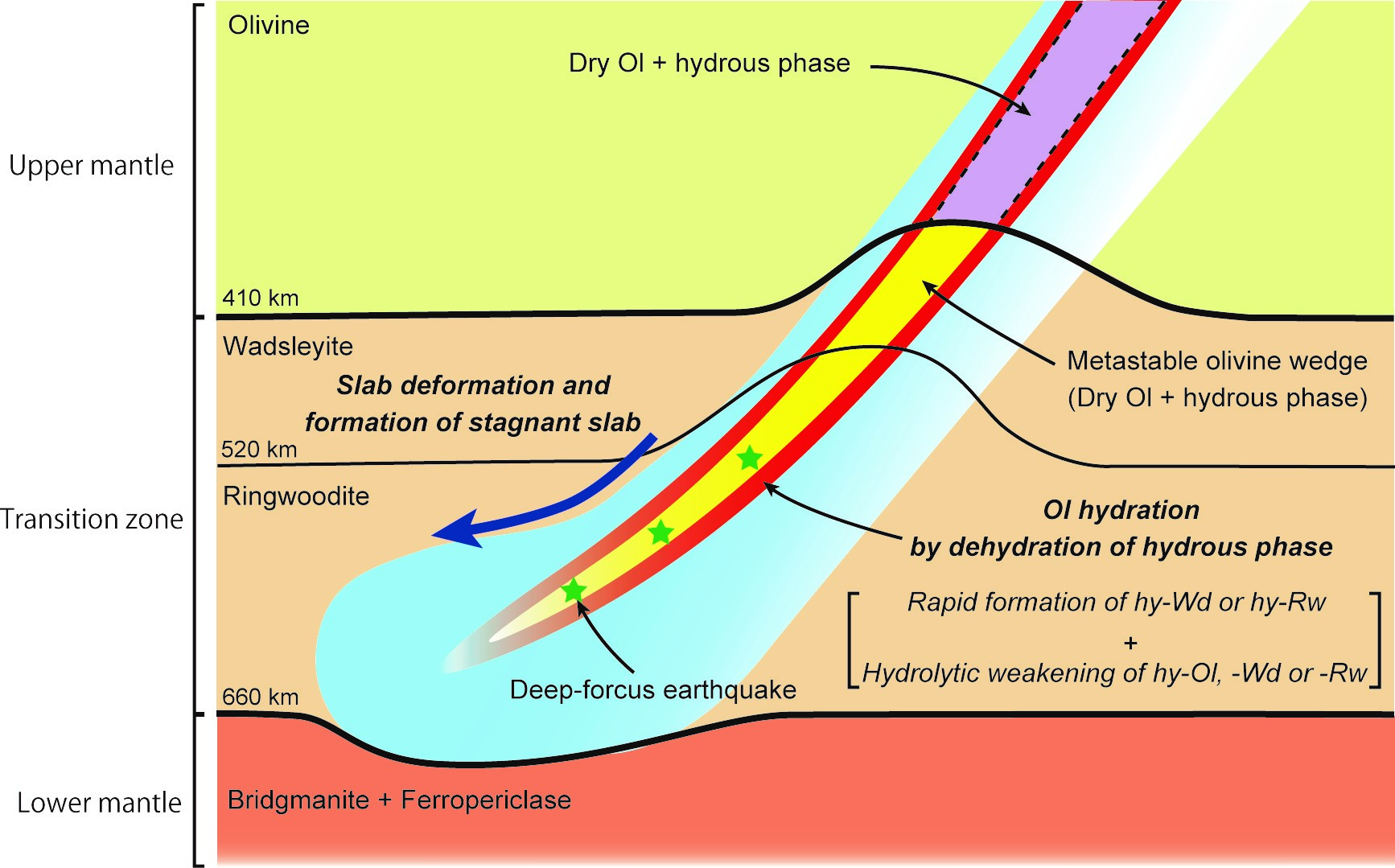 Figure. Slab deformation and formation of stagnant slab in a wet descending slab and their possible linkage with dehydration of hydrous phases.